Modern slavery continues to damage communities and families worldwide – victimising those and entrapping them in a system designed to perpetuate exploitation – with the total number of victims of modern slavery estimated to be more than 40 million.

However, as important as it is to understand the current scale of modern slavery – it’s equally important to raise awareness of the many ways in which organisations around the world are fighting back.

We’re taking a deeper look at the many ways that technology is being deployed to detect modern slavery, identify those responsible, and understand how best to safeguard and support victims worldwide.

In a nutshell, we’re exploring:

Pushing back against modern slavery: the current challenges

Modern slavery, as an umbrella term, covers a wide range of exploitative and harmful practices. However, the general consequences remain the same; harm to both physical and mental health, stripping away people’s human rights, and restricting an individual’s freedom, among others.

Fighting back against these practices involves a wealth of challenges. In some cases, modern slavery methods may be imposed by the state itself, such as with the forced labour of Uyghurs in Xinjiang. In cases like these, it is incredibly difficult to create a resonant change without shifting an entire reversal in state policy.

As much as technology can help those wishing to fight back against modern slavery, it can also be harnessed by the actors wanting to evade identification. Advanced capabilities for anonymisation and encryption are continually being developed, making uncovering operations more challenging and time-consuming.

Just these two examples show the determination of criminals to evade capture and the scale on which it is being practised. However, as much as these challenges are making the widespread removal of modern slavery an intimidating goal, technology is being harnessed to make great progress each day.

More and more enterprises across all industries are realising the importance of data in their everyday operations. They’re using it to equip stakeholders with the ability to make strategic decisions based on insight over instinct.

Recognising this value, analysis capabilities have evolved to digest increasingly more information in the hopes of providing critical intelligence. In particular, the introduction of Big Data (datasets commonly found with billions of rows of data in them) is pushing organisations to realise the benefits of Big Data analysis in the fight against modern slavery.

Through incorporating these efforts, users can discover previously unavailable trends that are indicative of slavery practices, as well as mapping and estimating a victim’s potential vulnerability to exploitation.

Image forensics already plays a pivotal role in the investigative process of a wide range of criminal activities, from child sexual exploitation to terrorism.

By fully realising the potential of image forensics, anti-modern slavery advocates can be led to more vital information, quicker. Location data, users, and the potential origins of images can all be found through the analysis of metadata. As a result, investigators may reach the piece of information they need to complete their investigation and find victims as soon as possible.

As well as identifying perpetrators through analysis of known material, image forensics can also be used to acquire a wealth of additional vital information about modern slavery practices.

By analysing the locations of photos captured with the same device, it may be possible to map out the routes that modern slavery practices operate on.

What’s more, through similarity searches, investigators can identify related perpetrators that are in possession of known modern slavery material online, even if the imagery has been manipulated. As a result, networks of offenders may be discovered, as well as international digital communication channels. Although just some of the potential use cases, this information is nevertheless extremely valuable to anti-slavery efforts.

Companies such as Unseen are using the advantages of technology to fight back. With accessible digital frameworks, Unseen allows businesses to assess their supply chains and ensure that they’re not profiting off modern slavery practices. If businesses do identify an issue, Unseen’s tech-enabled frameworks provide high-level tools and assistance to support the next steps.

With these services all available in one “business hub,” Unseen hopes to encourage supply chain assessment and transparency, decreasing the worldwide demand for forced labour.

Perhaps the most cutting-edge innovation in the technology and analytics landscape in recent years, the continued evolution of Artificial Intelligence boasts a wide array of uses in the fight against modern slavery.

Speaking at a webinar on the use of AI to Prevent Modern Slavery, Anjali Mazumder (noted Alan Turing Institute expert in AI, justice, and human rights) discussed how it’s being adopted to detect modern slavery operations:

“To root out traffickers, [Anjali’s] team uses network analysis and anomaly detection to identify patterns in financial flows. Law enforcement officials, she notes, often struggle to communicate with financial experts and institutions. Yet AI – combined with privacy-enhancing technologies, such as multi-party computation – eases the flow of data.”

As the capabilities of AI continue to increase, we look forward to seeing how its role in the identification and disruption of modern slavery activities will evolve.

Perhaps the greatest tool available to us in the fight against modern slavery is intelligence. With access to greater intelligence from a variety of services, we can better understand how modern slavery continues to evolve, how operations are deployed, how victims are sourced and how perpetrators remain undetected. Data fuels Artificial Intelligence efforts and allows us to uncover the hidden trends under the surface.

With access to advanced Earth Observation (EO) equipment, we can gain a distinctive bird’s eye view of modern slavery operations in progress, which we can treat as a continuous data source.

These capabilities have already proven to be highly effective, as outlined by Doreen Boyd – Professor of Earth Observation at the University of Nottingham:

“Following reports of forced labour at one camp, spatial and temporal analysis based on EO data revealed operational trends.” The team were then able to identify “a cyclical relationship between labour practices and ecological degradation, ‘where environmental damage is both a driver and a result of workers being subjected to modern slavery’.”

These principles were put into practice when investigating child labour for cobalt mining in the Democratic Republic of Congo. Here, using “data fusion with Interferometric Synthetic Aperture Radar (InSAR)” the team were able to uncover ground movements that indicated tunnelling. Once these tunnels were identified, the team were able to harness Machine Learning to help them uncover the underground network in its entirety.

What’s more exciting than these truly ground-breaking techniques is the fact that Boyd considers them very early use cases. Similar to AI, this is only the beginning of what’s possible with EO, which gives us great hope for future applications in modern slavery.

An unfortunate reality of modern slavery is that those most vulnerable are often those targeted. This is why humanitarian crises such as the European migrant crisis is often accompanied by a surge in modern slavery activity.

As automated workflows see a rise in many common business processes, we can also apply the same technology to fight back against modern slavery. One significant use case is determining the likelihood of online job postings being a front for luring potential victims to modern slavery practices.

This is exactly what Ada Volodko, Ella Cockbain, and Bennett Kleinberg did in their organised crime research:

By applying automated algorithms to a well-established Lithuanian job-posting board, the researchers identified potential indicators of forced labour. They then applied these rules to other job postings to detect and flag suspicious postings indicative of modern slavery activities.

While automated online screening had clear implications for improving the detection and reporting of potential labour trafficking, these researchers concluded that “indicators that are rigorously tested through empirical research are clearly needed.” What’s more, additional research into the area is needed to improve accuracy and mitigate any unintended consequences.

Learn more: exploring the dangers and reality of modern slavery

We’re fully committed to driving positive change worldwide. We aim to protect those most vulnerable by providing investigators with the tools they need to uncover greater intelligence and identify victims and perpetrators. Alongside our platform, we take on extensive R&D projects to develop more efficient workflows and greater capabilities for our network of global partners.

To keep up to date with our latest news, announcements and thoughts, why not sign up to our newsletter below for monthly updates sent straight to your inbox? 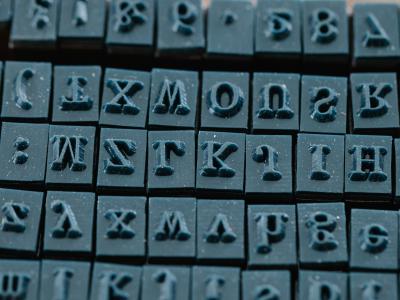 Defining some of the most commonly misunderstood tech terms