How can our platform better help investigators across the world identify vulnerable victims of modern slavery, and identify those responsible?

We believe in the power of collaboration: enabling us and like-minded organisations to drive positive change and further our vision of centralising global online imaging intelligence.

Recognising the need to engage with a network of global partners to empower investigations with more intelligence than ever before, Global Emancipation Network’s (GEN) vision of a brighter future closely reflects our own.

Founded in 2016, the GEN team are committed to eradicating modern slavery worldwide with their bold mission statement: ‘find every victim and stop every trafficker.’

To understand other areas where our imaging forensics tools can enable faster and more meaningful results for modern slavery investigators, we recently sat down to talk with Sherrie Caltagirone (Executive Director at GEN). Here, we discussed the applications of image forensics use cases in the fight against modern slavery, how this fight has evolved, and the challenges currently facing users.

Read on to learn more.

How has the role of technology evolved in the fight against modern slavery?

As more modern slavery practices moved online during the era of immense digital transformation, those wishing to combat it began to take advantage of a multitude of available tools.

Although still in their early days, the use of intuitive tools and processes in the fight against modern slavery has enabled countless survivors to be identified. With more and more tools being developed by like-minded organisations, investigators are becoming better equipped to tackle this issue.

One of these tools is image analysis – traditionally used to identify if an individual’s photo has been uploaded to craigslist, or similar sites, across multiple states at the same time (indicative of potential trafficking behaviour). Web-crawling also allowed users to scour sites in search of hidden trends or data that could identify and flag illicit practices.

Our partners at GEN took this one step further. Taking inspiration from a traditionally military idea that Lockheed Martin extended into the cyber domain, they explored the role of digital processes in modern slavery practices to create a human trafficking kill chain.

Resembling a workflow or map, this kill chain showcased a complete set of touchpoints throughout the human trafficking process. With this in place, agents can better understand exactly where they may intervene to gain the most information, and cause the biggest impact.

These touchpoints may resemble a wide range of mediums. From forum posts to covert images posted on social media – a thorough kill chain can facilitate effective image forensics efforts to source and safeguard any victims.

In any modern slavery practice, from forced labour to sex trafficking, there will always be similar touchpoints involved. By using tech to identify them, then deploying counterefforts, we can more intelligently fight back against modern slavery on all sides.

Accurately and intelligently using image forensics can supply investigators with previously invisible intelligence to help effectively intervene and safeguard victims. This information could include a victim’s location, the name of the perpetrator, the estimated duration of practices, and much more.

Moreover, it can also lead to further related images, which can provide a wealth of additional insights for more informed operations.

The benefits of image forensics don’t diminish once a victim has been found. Using images that survivors take in secret from malicious practices, such as forced labour camps, organisations can perform analysis and locate additional survivors, as well as potentially uncover a where it took place.

Noting the common trends in these premises, such as extra surveillance cameras, a lack of windows, and secret doors, we can accurately define what we search for when uncovering more locations and further activities.

For the intervention efforts of image forensics users, this means more rapid and efficient deployment.

Observing the ongoing impact of operations

Equipped with insights gained from Earth Observation imagery, we can also gain a distinct viewpoint over ongoing operations to better understand their flaws, weaknesses, and the threat they present.

This has already been used to understand the operational scope of common modern slavery practices. Examples of harnessing satellite image analysis can be seen in cases such as observing the scale of state-imposed labour camps and the effect and output of indebted bondage seen in Indian brick kilns, along with other areas.

This intelligence can enable on-the-ground teams as well as preventive organisations to better coordinate activities and uncover perpetrators.

Image forensics and analysis is still a relatively new tool, but one developing rapidly. While cutting-edge intelligence is available to those that can use image forensics, there are still critical challenges that persist and limit efficacy.

Capabilities in this area continue to demand further focus to reach more actionable intelligence – dictated by perpetrators that wish to stay undetected. As modern slavery practices become more evasive and sophisticated than ever, our tools must evolve alongside them.

Recently, this has been demonstrated by a shift in the use of emojis and symbols pasted over images instead of noticeable, and crawlable, text.

Not only does this obscure the available image (making the detection of them reliant on advanced tools such as AI) but it also limits the number of insights that traditional crawlers can gain from these hosted pages.

As perpetrators endlessly seek to stay ahead of detection efforts, this is a constant fight – with the victory belonging to those that possess the more advanced tools and capabilities, as well as ability to quickly pivot between priorities when the situation warrants.

Read more: How technology is fighting back against modern slavery

Even as a global network of partners, we can only do so much without the critical buy-in of governments and Big Tech.

Unless Big Tech services recognise their impact on global trafficking and victimisation, or without responsive legislation and enforced responsibility, counter modern-slavery organisations can only operate with limited capacity. While we can still make a difference, it becomes much more challenging to realise any significant worldwide impacts.

Enforced legislation would lead Big Tech services to realise their greater responsibility to the people that interact with their platforms. If they worked directly with governments and non-profit organisations, these services could directly limit the possibilities of modern slavery practices being hosted online – threatening this exploitative practice at its heart.

We will work with fantastic global partners to drive positive change and safeguard vulnerable victims for as long as it takes, while exploring new potential capabilities and use cases for our image forensics tools. 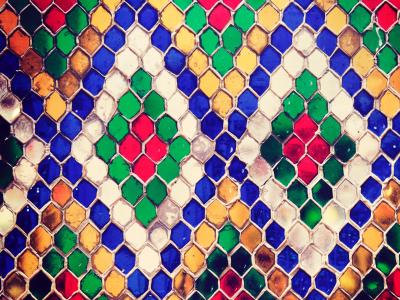 Web crawling: Why we use it and the common challenges we face